Under the modernization umbrella, we group several changes that re-visit and improve old mechanics and also add new ones to provide you further options to tweak and control your settlement.

We reduce repetitive tasks where you do not have any real choice, but which you have to perform either once or in fixed time intervals: 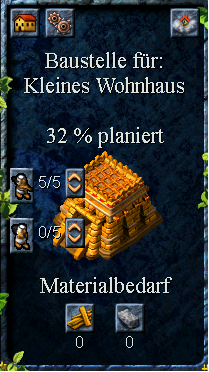 This provides you more control of what buildings are get prioritized, and where your workers are located. You can for example let them work on a distant tower with only low priority while keeping the majority of workers in your current main work area.

Houses usually only produce new settlers, now they can also serve as a gathering point for your idle settlers.

When a house is selected, you can define the number of idle settlers that should gather at the house. Idle settlers will then automatically move to these locations allowing you to always maintain idle settlers in strategic locations of your settlement.

For example, this allows you to increase delivery priority for distant or high yield mines, or stop food distribution for a certain type of food to low yield mines.

Markets and landing places receive a new option to control the source for the transported goods:

Pioneers can now be instructed to not only take land in a certain are, but also create path between two points. 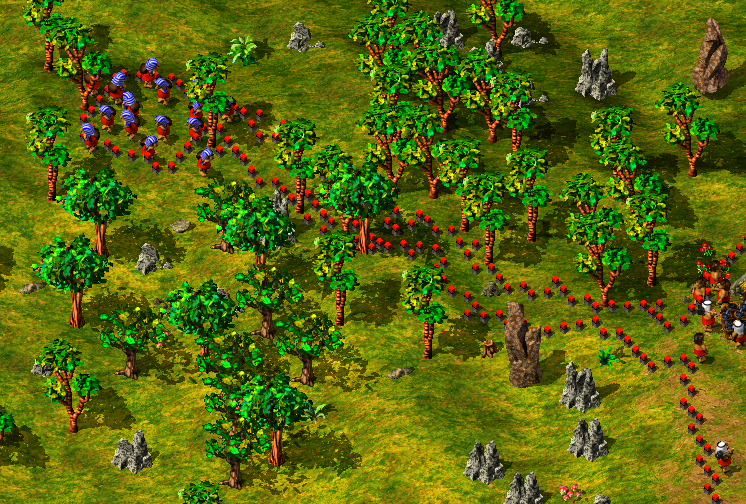 This allows you to focus more on the decision where to expand and maybe make several expansions at once instead of having to focus on the micromanagement of individual pioneers.

Combat units have been modified to pick up their previous movement command when they do not find a suitable target in range anymore. This avoids having to repeatedly send your troops into battle.

Spears originally already have an increased range of two compared to the range of one that swords have. They now also make use of that increased range by fighting in two rows instead of just one.